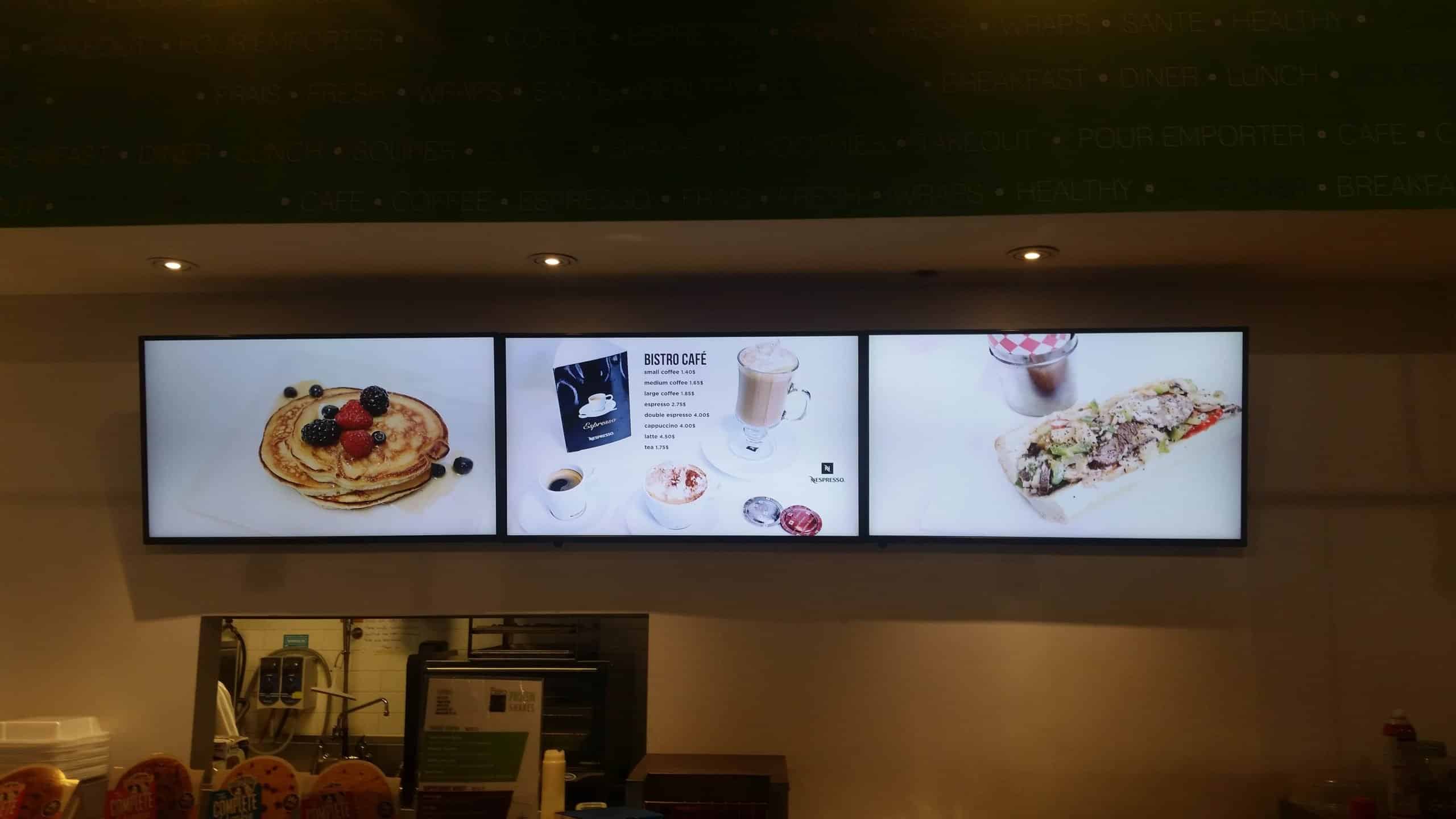 At VIF Télé, we are constantly advising our clients on ways to improve the impact of their digital screens.

Recently, we came across two studies that caught our attention.  Both cover the increase of sales due to well thought out content strategies in Digital Signage. Let’s face it, it’s rare that we can find clear and public statistics about the impact of Digital Signage.

In Atlanta, Citizen Supply, a maker’s market filled with small artisan merchants opened a bar/ lounge in the heart of their retail space. After underwhelming foot traffic and sales, they teamed up with High Street Collective to change their static menu board to digital. The team not only wanted to integrate digital menu boards, but determine what types of menu content would be the most effective.

They tested three types of content for 2 to 3 weeks each:

Movement based content was by far the most successful and brought in the highest amount of revenue. The integration of movement into the menu board grasped people’s attention quicker:

Average dwell time was down 39%: Image-based content cuts down on dwell time because people are able to make quicker decisions through visual shortcuts.

The study also demonstrated a high-level of effectiveness with targeted gender specific content upon viewer detection (women and men).

The Summary of the study can be found here:

Reported by Sixteen:nine: a reputable source for Digital Signage.

A few years ago, Coca-Cola also conducted a study comparing the effects of Digital menus vs. Static menus and their respective performances. 1200 consumers were observed during this neuromarketing study, of which VIF Télé acquired during a digital signage conference.

The research showed that digital menu board grasped people’s attention 10 times quicker than static menus. Coca-Cola also tested what kind of content was the most effective between static imagery, animated imagery, and video. They tested a series of different combinations of six screens side by side. 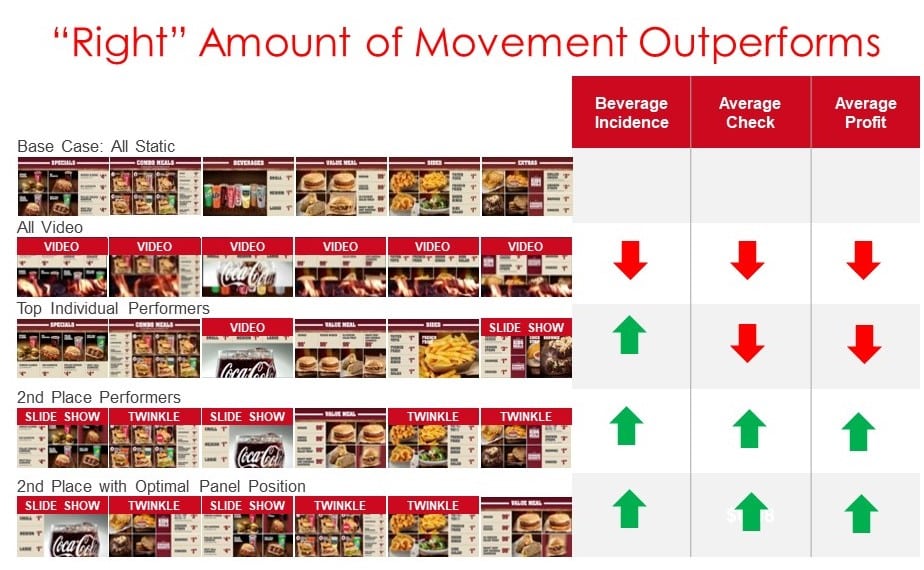 Just like the case for Citizen Supply, Coca-Cola determined that the optimal combination was the use of still imagery in a, “slide show,” video and “Twinkled content.” They also determined that although movement is the most effective, it should not be over used. It‘s important to find the right balance of content that will be stimulating enough to grasp’s people’s attention, but not over do it.